Find out when Dayramir is in your city

“Saw Dayramir at an NYC event. Truly entrancing and inspiring!”

“Thank you. Thank you for your energy and spirit, a beautiful night.”

“How can you not have fun listening to Dayramir’s music!? We saw these guys last summer in Old Lyme, CT — my cheek muscles were exhausted from smiling the whole time! The happiest music ever. And Dayramir is a natural, fluid performer and presenter whose show is filled with heart and joy and authenticity. Don’t miss them!”

“You are the best thing that’s happening to music.” 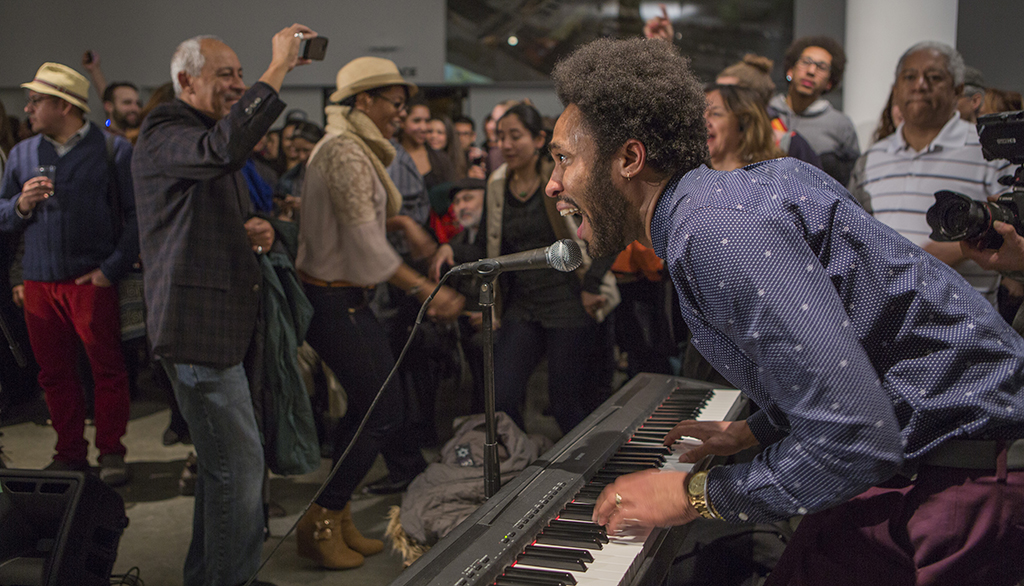 An internationally praised pianist and composer, he’s been hailed for his ‘monster technique’ and prolific creative range which melds rock, pop, jazz and Afro-Cuban stylings.

Dayramir’s knack for weaving a mosaic of both traditional and cutting-edge inspirations is not solely tethered to his daring blend of genres. His father was Afro-Cuban jazz trumpeter, Fabian Gonzalez, a driving force and inspiration as Dayramir discovered the piano at the age of 8. In 2005 he won first place in Havana’s JoJazz festival in the composition category, winning a record deal with Cuba’s national label Colibri.  He recorded his first album, released in Cuba in 2007, and titled “Habana enTRANCE,” displaying his skills as artist, bandleader, and composer.  The album would go on to win three Cubadisco Awards, considered the Grammys of Cuba.

Dayramir began his professional career as a pianist and composer with former Irakere member, Oscar Valdes’ Afro-Cuban jazz ensemble Diákara at the age of 16. Since winning Havana’s JoJazz festival in 2004 and 2005, Dayramir has gone from winning three Cubadisco awards for his 2007 debut album “Dayramir & Habana enTRANCé” to becoming Berklee College of Music’s first Cuban national “Presidential Scholarship” recipient to performing in 15,000-seat stadiums with legends like Chucho and Bebo Valdes and headlining Carnegie Hall, representing the young generation of Afro-Cuban jazz.